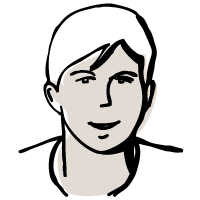 Are Acrylic Veneers Worth The Cost-Cutting Benefit?
16 January 2023

Many dentists offer porcelain veneers for your tee …

No matter what your age, it is important to make y …

Having a pearly white set of teeth is everyone's d …

Dental bridges are a relatively affordable and low-risk way of replacing missing teeth. Not only do dental bridges restore your smile and confidence, but they also help resist bone loss and prevent remaining teeth from drifting out of place.

During your evaluation, you'll likely be presented with a choice between fixed and removable bridges. Each option has its own set of benefits and drawbacks, so it's important to get the full picture before making your final decision.

Fixed bridges come in a variety of forms, including:

Thanks in large part to their permanent nature, fixed bridges offer exceptional stability and many wearers tend to forget that they have fixed bridges at all. However, this stability comes at the cost of added stress on the surrounding teeth. Reshaping the surrounding teeth weakens them somewhat, leaving them slightly more vulnerable to damage caused by bruxism and overly hard foods.

Nevertheless, fixed bridges offer greater longevity than their removable counterparts when properly looked after. According to the Creighton University School of Dentistry, the average fixed bridge can last for 35 years or more, whereas a removable bridge only offers a 15-year lifespan.

Replacing missing teeth aren't the only things that a removable bridge is capable of doing. Removable bridges can also replace missing bone and gum tissue - something that fixed bridges are simply not designed to do. This makes removable bridges an ideal solution for those who don't have a need for complete dentures, but have suffered enough bone loss to justify a partial solution.

As mentioned earlier, removal bridges tend to have a shorter lifespan than their fixed counterparts. Because it's a partial denture that's designed to replace bone and gum tissue, it has to be inspected and replaced in shorter intervals. Given their non-permanent nature, removable bridges can also have a greater negative impact on speech and eating than fixed bridges.

The Best Option For You

That depends on a variety of factors, such as the location of your missing tooth, the health of the neighboring teeth and your previous dental and medical history. Cost also plays an important role in choosing between fixed and removable bridges. Placement of a fixed dental bridge could cost as much as $2,000 per tooth, whereas removable bridges cost significantly less.

In the end, it's up to you and your dentist to agree on the treatment option that offers the best results. Visit http://www.silveradofamilydental.com to learn more.